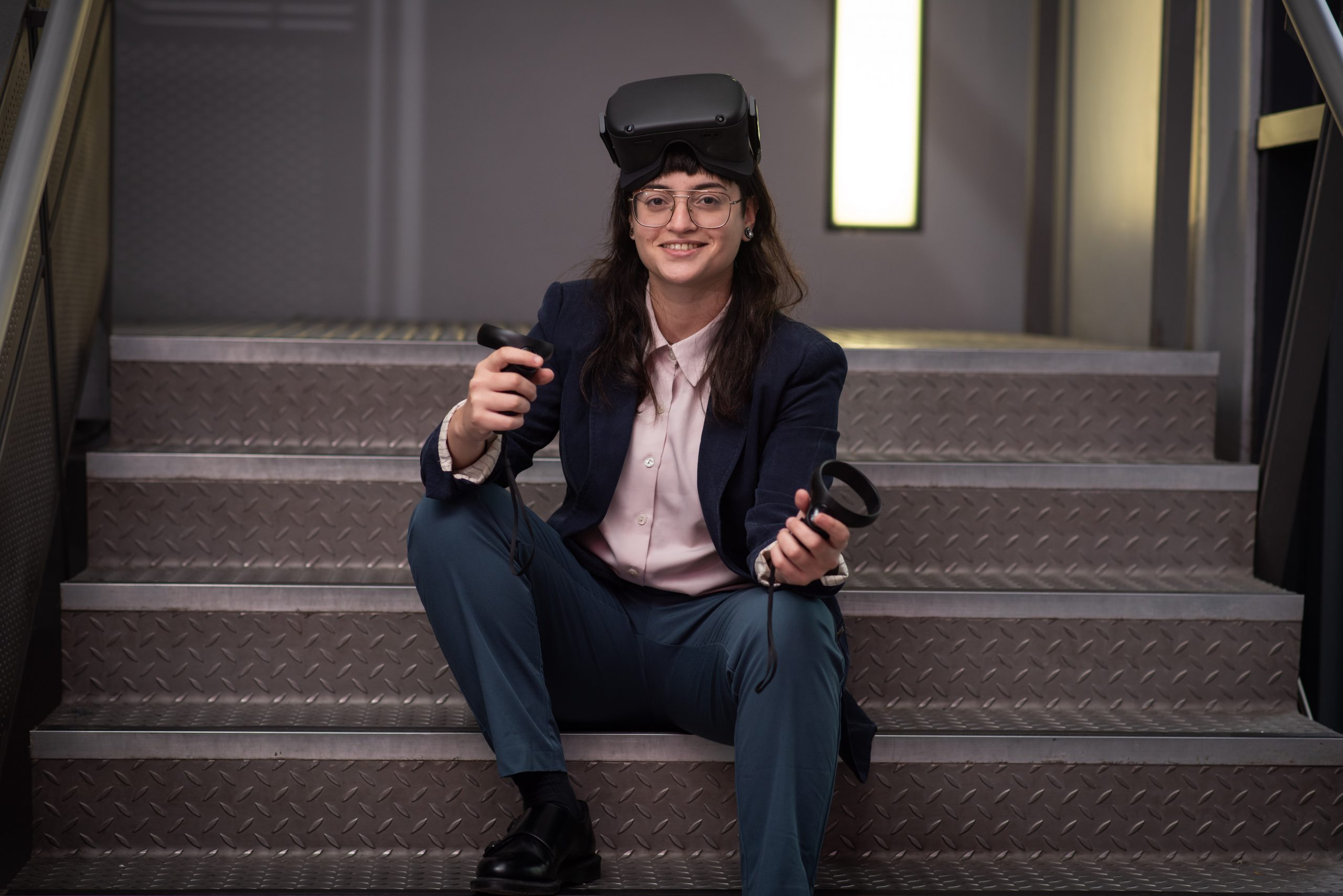 The central mission for Eve Gregoriou as the Founder and CEO of NeuroVirt is to empower stroke survivors to reach their full potential. She says she has leveraged all the support offered by Innovate UK and KTN through the Young Innovators Awards to help her reach her own goals.

London-based Eve already had 10 years’ R&D experience and was working as a PhD researcher at UCL in the Department of Clinical and Movement Neurosciences when she joined the Young Innovators programme.

Her company and innovation NeuroVirt aims to support those who have suffered a stroke through focusing on rehabilitation of hand impairment – something that 77% of survivors experience.

When she joined the Young Innovators Programme, the business had a proof-of-concept prototype that illustrated how virtual reality can be used for wrist training.

The past year has seen her company go from strength to strength to bring this next-generation solution a major step closer to patients in need, alongside great personal growth for Eve.

Since receiving the Award, Eve has hired an additional two people to her technology team; has developed a functional prototype with three games that assess and train grip strength, wrist movements and hand flexion/extension; and is now actively trialling the device with stroke survivors.

“These milestones are vital for NeuroVirt’s growth and to prove that our device is desirable whilst getting investment-ready to raise funds for developing the full minimum viable product (MVP) co-designed with stroke survivors and their clinicians,” Eve says.

She now anticipates that by the end of the programme, NeuroVirt will launch its pre-seed investment round.

Eve says it was the financial support garnered through winning the Young Innovators Awards, from Innovate UK and The Prince’s Trust, that has allowed her to work with key developers. She first tested the business relationship with them, before onboarding them as part of the central team.

Meanwhile, the business support programme she has embraced throughout has enabled her to refine her business thinking.

“The wider support provided by Innovate UK and KTN has allowed us to receive crucial feedback on our business plan and has always steered us in the right direction for a more efficient development,” she says.

Eve would now describe herself as a creative, a critical thinker and leader by example. The Young Innovators programme has enabled her to become comfortable with overcoming obstacles.

“The most important areas of my personal growth during the programme were to grow my resilience and understand that setbacks are a part of the entrepreneurial journey and they are not reflective of failure but instead reflect learning, growth, and becoming a solutions-oriented person.”

The next few months will not only see her seek investment partners but she will also look to extend her outreach with clinics who can support her further growth.

Over the next year, NeuroVirt will also apply for regulations to approve the use of their technology and for her life-changing solution to gain its first adopters.