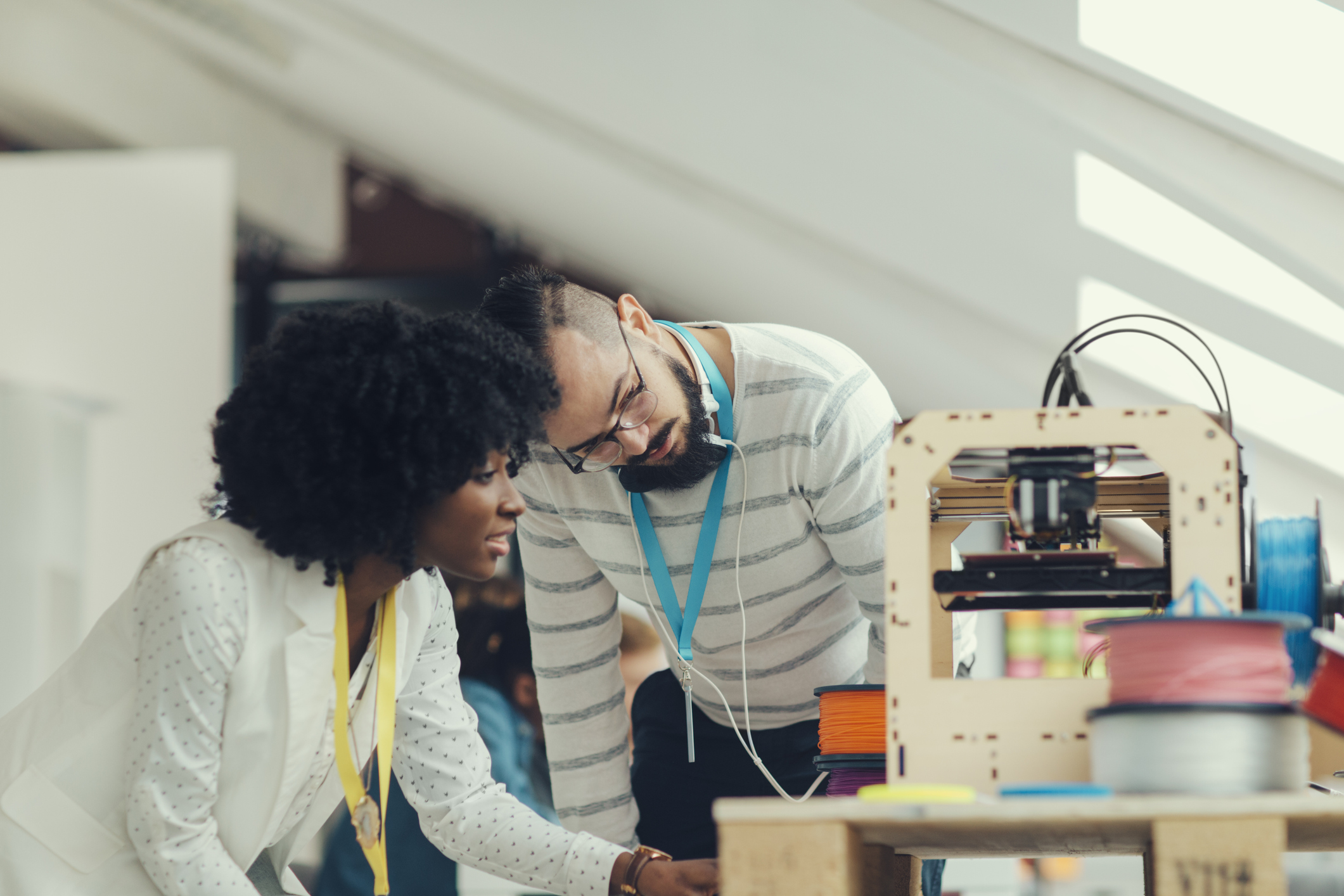 A look at the company’s journey into new technology adoption, progress and how it has benefitted the entire business.

Torus Technology Group, based in Telford, develops essential automated plastic and metal part measurement solutions for a variety of industries such as packaging, medical, and aerospace; and works with global companies and OEMs, including Coca-Cola, Rolls-Royce and GlaxoSmithKline. Supplying automated measurement and testing machinery directly to high volume manufacturing clients is a demanding discipline that involves a great deal of research and development (R&D). Torus also operates a UKAS accredited lab for inspection services that requires extreme precision and expertise.

Around two years ago, Torus introduced 3D printing capabilities into the organisation and has since embarked on a journey of progressive upgrades that has resulted in increasing applications and overall business benefits across its operations both for product development and for the delivery of its inspection services.

Laurence Newman is an R&D Engineer at Torus. Newman has both witnessed and been instrumental in the Torus journey with 3D printing. According to Newman, the company’s first foray into adopting the technology was modest. The company started small with a MakerBot system, a desktop 3D printer utilising the FDM process, which was predominantly used for prototyping. This is not an uncommon approach for SMEs embracing 3D printing for the first time, and for good reason: it is a sensible approach, with few risks, to see if / how the technology fits into a business. Newman said: “Once we’d had it about a year or so we thought we needed a more accurate print [capability] and sturdier parts, so that’s when we moved to the Objet30 Pro.”

This is not uncommon either, and as is often the case, the small FDM 3D printer proved to be a useful tool, that became overworked, and within a year the company was looking to upgrade to a system that could produce more accurate parts more quickly. The Torus choice here was an Objet30 Pro 3D printer, utilising the Polyjet process, which produces highly accurate parts. This mid-range 3D printer fulfilled the requirements of the company at this time and within its budget.

However, in 2018 the company looked to progress its 3D printing journey once again. It is important, here, to understand that Torus’ 3D printing journey, as is the case for most companies is not something that happens in isolation. Rather, it is a journey within the context of the entire business – the function it can fulfil, alongside other processes, to contribute positively to the bottom line through improvements in procedures and operations.

Looking to upgrade its 3D printing capabilities further, the company again assessed the landscape to identify the best option for its business. The TCT Show, the UK’s leading tradeshow for additive manufacturing, played its part here. The team attended the show, having conducted some online research to find the specifications of the types of machines it was looking for. The breadth of exhibitors at TCT then allowed Torus to relatively quickly get a better understanding of what was out there. The inherent value of being able to view different systems and talk with a range of suppliers cannot be overstated here. Most capital expenditure is not a rushed activity and yields better results when considered in depth and well planned. The show provided the necessary assessment groundwork to then identify which 3D printing systems the company wanted to get more detailed demonstrations of.

Taking this route, Torus established a relationship with SYS Systems in the UK, a platinum partner of Stratasys, and is pleased with the positive results. Through SYS Systems, Torus was able to trade-in its existing Objet30 Pro for an Objet260 Connex3 platform, also a 3D printer utilising the Polyjet process, but with even greater accuracy, multi-material capabilities and notably increased build speeds.

Commenting on the benefits of this latest upgrade, Newman said: “When we came to the point where we wanted more capabilities and multiple materials, we just felt it was time to upgrade again. The accuracy of the Objet260 Connex3 and the 16-micron layers we can achieve with it is something that’s really important for us in the metrology industry.”

“We’ve now got quicker printing speeds and can have a faster turnaround, which really helps me in R&D to get where I need to as quickly as possible. It’s made our productivity soar.”

“At the same time it gives our designers a bit more of a creative license to create exactly what they want rather than having to constrain themselves with traditional manufacturing techniques.”

“We’ve now got quicker printing speeds and can have a faster turnaround, which really helps me in R&D to get where I need to as quickly as possible. It’s made our productivity soar.”

Newman went on to cite a couple of specific examples, saying: “The ability to 3D print with rubber was a massive thing for us as we do a lot of sealing parts.” Specifically, one of the parts that has benefited greatly from the latest upgraded 3D printer at Torus is a top-loading gauge. This is a complex part, with channels and detailed features, that has been redesigned completely for the 3D printing process.

Newman expands: “Our top-load gauge essentially fills up a bottle with water and puts a load on the top of it. It has a lot of water inlets and outlets and we managed to print those channels through the part, which was something that was really hard to do with traditional manufacturing methods. We’ve redesigned the whole part of that gauge based on the fact we can use the Objet260 Connex3 capabilities and we’re hoping to use the printer across all of the gauges that we make.”

Alongside the product development activities for the measurement part of the business, the upgraded 3D printer at Torus is now also being used to manufacture fixtures for the Inspection Services division. The Torus team have used it to develop and produce fixtures for holding parts to be inspected on optical CMMs and manual CMMs. The fixtures can be customised specifically to the geometry of the parts being measured and therefore allow for more accurate measurements and more closely align with Torus’ clients’ demands, according to Newman.

Another Torus division is the Automation business, based at a different site in Telford, and even here the company’s in-house 3D printing capabilities are reaping benefits. This part of the business develops and produces gauging cabinets and is using the Connex platform to develop blocks that would not have been possible any other way.

Torus’ progressive journey with 3DP illustrates how a considered and planned approach to adopting 3D printing in-house can result in a successful return on investment.

A significant element of the success for Torus came through establishing a good relationship with a trusted supplier. Newman commented: “Right from the very start SYS were brilliant – they gave us a lot of help in deciding what to go for. There was a seamless transition and that was thanks to how well the team trained us and gave us an introduction to the printer.”

Of course, there is always an element of risk involved in any new technology adoption. Newman is more than aware of this, stating: “When we first got the Objet30Pro (the second 3D printer, after the MakerBot), we saw the whole range, and obviously, at the time, we didn’t know how much we would be able to incorporate into our everyday business or out in the field. But, once we had used it for a year, we could see the benefits and we knew that the upgrade was going to help us even further.”

In terms of the quality of the printer itself and the prints it can create, we haven’t seen anything that can match them.

Incorporating 3D printing has had a significant and successful impact across the whole range of the Torus Group businesses. So saying, the Torus journey with 3D printing is set to continue.

Click here to find out more about Torus’ 3D printing.