Thinking outside the signal box 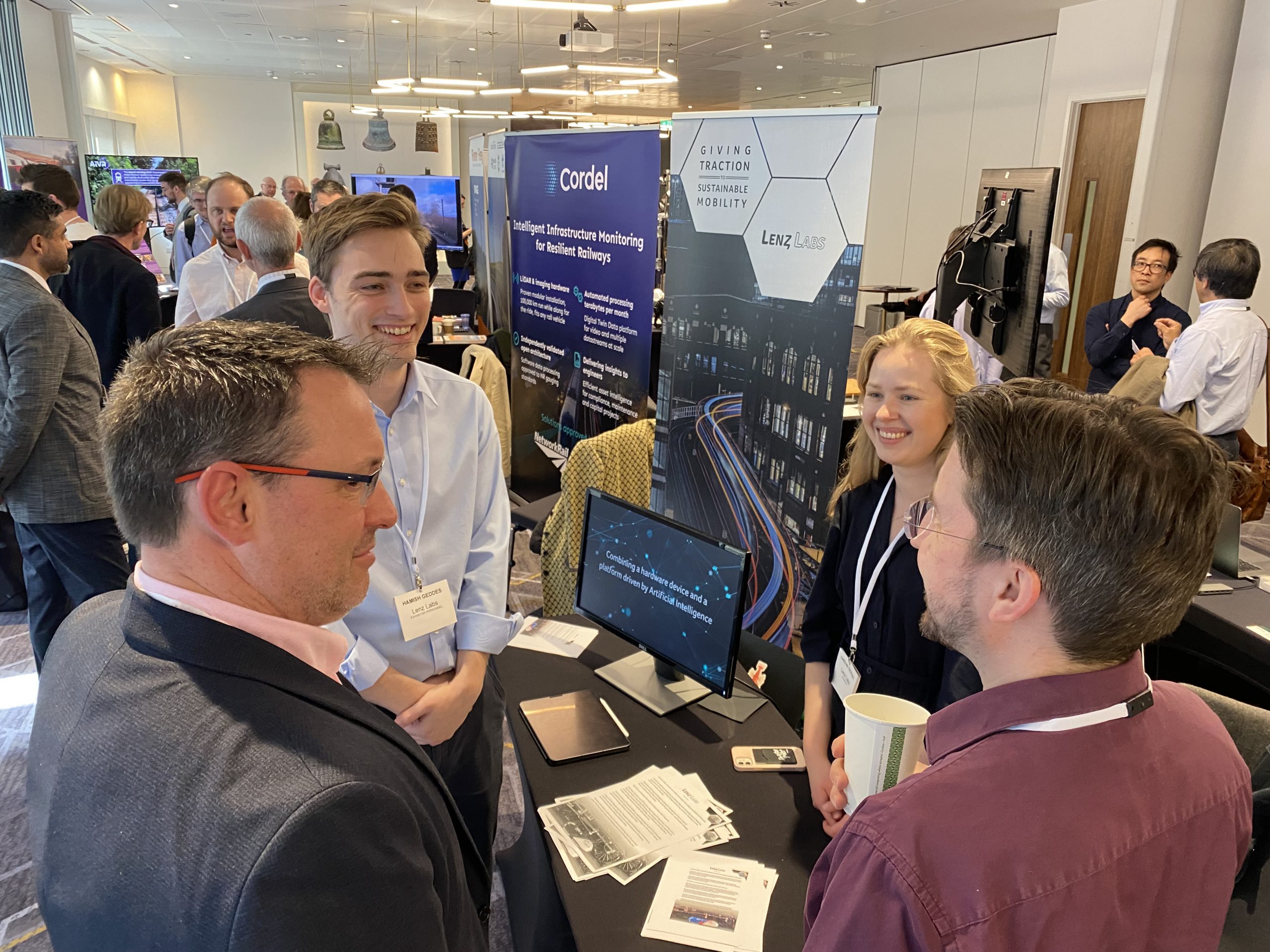 Rail innovators are striving to get the industry back on track after the shock of the pandemic.

Over 500 rail industry delegates attended the 3rd Annual Rail Innovation Exhibition, which took place near London’s Liverpool Street Station on Tuesday 22 March 2022.  The event, organised by Innovate UK KTN, on behalf of the Department for Transport, together with Innovate UK and the Railway Industry Association, celebrated success from grant-funded projects, ranging from infrastructure to passenger experience, and the event provided an opportunity to network with collaborators in the rail industry.

The keynote address was delivered by the Rail Minister, Wendy Morton, who said: “Our railways are at an existential moment – where they must change not just to survive but to thrive, now is not the time for conformity, or for going back or going by the book. We need creativity and outside the box thinking. We need to carry on pushing the boundaries, to attract more passengers, to reduce emissions, and to deliver railways that people trust and are proud of.”

Following that, there were two panel discussions; one which was focussed on the Train Operating Companies (TOC) and featured representatives from South Western Railway, Transport for Wales, Lumo, Avanti and Great Western Railway. The second was an industry and leadership panel with panellists from the Rail Delivery Group, Rail Freight Group, RSSB, Network Rail, Community Rail Lancashire, Evo Rail and McLaren, who offered a view of the lessons the automotive industry could learn from rail.

Amongst the 65 exhibitors demonstrating their technology and innovations were:

Steamology, a company delivering a hydrogen-powered zero emissions replacement to diesel engines. The engines generate shaft power which can be coupled directly to the cardan shaft, so there is no need for traction motors to be added. There is also capability for an electrical generator to be added to the back of the turbine, which enables both steam-electric or steam-direct drive.

Skignz, a technology company which has been operating for over 10 years across multiple sectors. Responding to the challenge of improving the user journey and reducing the stress of train travel, they have produced an augmented reality solution to improve wayfinding, and support people with assistance needs. Its founder, Si Brown, explains how research has shown the average person checks their train time and platform 7 times before departure and with only 1 in 5 people able to read maps, an AR solution can greatly enhance the passenger experience and attract people, particularly those with disabilities, back to the railway.

Rail Innovations, a company delivering on-railway products from thermal radiometry to optical video. In a recent trial with Avanti, an 8k camera was fitted on the front of a Pendolino train on the West Coast Mainline, delivering high resolution footage in near real-time to help record incidents on the track. Footage, which normally takes up to a week to obtain from the TOC, is available in as little as two minutes. Director Greg Howell also gave a demonstration of their thermal imaging technology which can identify potential equipment failures such as braking systems, both on-board and line-side. Monitoring trains using thermal radiometry can reduce service failures and reduce costs through increased preventative maintenance.

What the attendees thought

Delegate feedback was very positive. Sucht Kuckarni, Cummins, said, “This is my first live event without masks, the crowd is bigger than I expected and I’ve had a nice time. The panels gave me a good perspective on the short to medium term outlook for the industry.”

Liz Davidson, CMO of Esoterix Systems, said, “It’s been fantastic to see that all of the 2D people we’ve been interacting with over the last two years are indeed 3D, and to meet new faces and new companies. We came here wanting to meet operators and we have, so we’re very happy!”

Howard Farbrother, Director of Pragmatex, said, “It’s been good to reacquaint myself with contacts in the industry and see how they’ve survived Covid. There’s a great range and depth of innovation within the rail industry and it’s exciting to see them take the next steps on their commercialisation journey.”

Rajesh Kungar, Sector Lead Transport & Mobility at the British Standards Institution, said, “The show’s been really good! I’m quite new to rail industry innovation, so it’s been great to meet rail industry leaders and learn about all the innovative projects exhibiting here. It’s been a good day speaking to people!”

Milda Manomaityte, Senior Technical and Policy Manager at the Railway Industry Association, said, “It was great to see so many exhibitors showcasing their innovations and to hear that they’ll be leaving this event having created opportunities to roll out their innovations to market.”