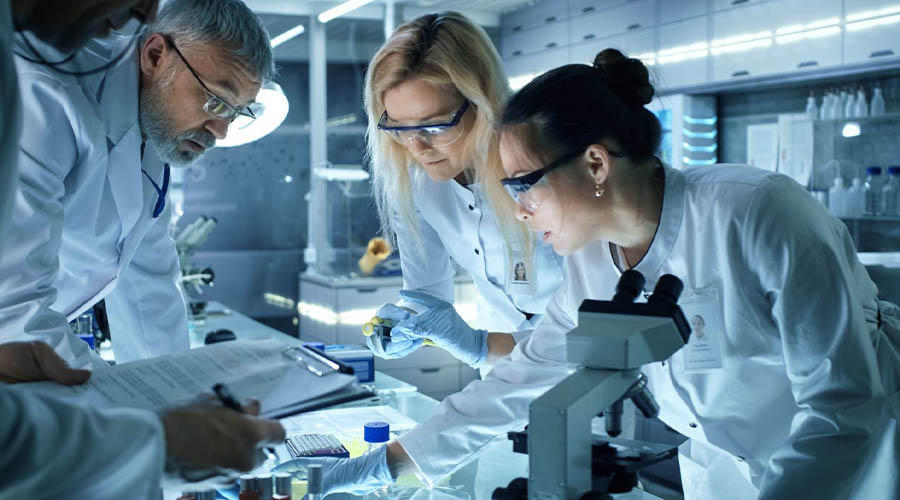 Laura Griffiths, Innovation Lead for Medicines Manufacturing, Innovate UK, gives us her perspective on the importance of role models and mentors in inspiring career choices.

Sitting in a meeting I look around; I am the only female. I couldn’t tell you what the meeting was about but I remember how I felt at the time, I felt alone, self-conscious, knowing I wanted to have a voice but also aware other voices were louder. These loud voices weren’t always speaking sense, but they spoke with conviction. My gender wasn’t an issue but my approach to dealing with a crisis was different than others in the room. That didn’t mean my opinions were any less valid or less important, just different. I remember looking for an ally – someone that could see me, someone like me, someone to support me, someone to let me speak and be willing to try and resolve things a different way.

It is important we see ourselves represented in society; we want to see people who “look like us” or “sound like us” in roles we wish to pursue, and that applies to all of us, irrespective of sex, gender, age, race, or orientation.

To me, role models are always people you look up to, someone like you, someone you strive to be. Mentors have the technical knowledge you seek. Both are equally important, and I think it is very important to have role models and mentors in all aspects of life.

Finding a suitable role model as a child was difficult for me. Most people naturally state family members as strong role models and reasons for their key life decisions or career choices, in a way that is correct for me too but not in the true conventional way.

I didn’t have the easiest childhood, we struggled financially, and my mum sacrificed quality time with us to put a roof over our head and food on the table. I am immensely proud of my mum, who raised me and my two younger sisters on her own, alongside a full-time job as a nurse while also studying for her degree, but I knew from an early age I didn’t want to be in the same position as my mum when I grew up.

I was the first out of my family to go to University, I wanted to have a job where I would be financially stable, and most importantly a job which wouldn’t involve missing key family occasions such as birthdays and weekends. Not working shifts or bank holidays was important to me when choosing a career. Now with a daughter of my own, I am grateful to what 8-year-old Laura deemed as important.

I didn’t have any real role models or mentors during primary or secondary school, I respected my teachers and I enjoyed science, and my mum encouraged my academic side – all these together were the main reason I ended up pursuing a scientific degree, but it wasn’t until I was doing my PhD when I was introduced to my first real role model and mentor, that I really understood what a career within the life sciences sector could be like.

My first real role model was Netty England. I met Netty during my PhD, she took me under her wing and was incredibly friendly, always finding time to help others. I admired how she had her own business, and she was also a wife and mum too. I could see straight away she had a great passion for her job and worked hard but was very family orientated too (a trait very important to me). Netty has helped me with my career more than she will ever know by giving me advice, confidence, and someone to look up to – and 15 years on I am pleased to say she’s still my role model, but more importantly a friend.

My supervisor Professor Alan Dickson also became a great mentor. As a PhD student I loved his passion for science (I still do to this day) and his support for his students (his Dickson Ducks). Alan is very knowledgeable, but he will always ask questions – I think most of the time he knows the answers, but he is just giving people a voice to be heard (which is an amazing quality). I am still lucky enough to still know Alan. He still treats me the same now as he did 17 years ago, and he is someone I could always reach out too if I need advice (which I have done, many times).

After my PhD I spent 10 years within the private sector. I came across some wonderful people, very knowledgeable and very supportive but no one I considered a role model. Many people in a senior position to me were older men – people I looked up too, but not ‘like me’.

The women I have encountered in senior roles were, again, brilliant, but again not ‘like me’.  I also found they worked above and beyond the male counterparts in similar positions just to prove themselves. I wanted to do my job well, and I have always worked hard at whatever I do, but I certainly did not want to work twice as many hours (sacrificing evenings/weekends) just to be ‘seen’ as an equivalent. That is exactly what 8-year-old Laura wanted to avoid!

I am incredibly lucky I have ended up in a career and sector I love, but it was more luck than judgement that I ended up completing a PhD and finding the right role model and mentor who have supported me during key timings, which has ultimately resulted in where I am now.

But what about the people who are not as fortunate as me, the ones who potentially miss out on a career in the life sciences sector, or join and then leave because they don’t have the support and guidance needed? We could be missing out on truly brilliant individuals because people do not feel represented or valued, or just don’t know what opportunities are available.

We need to ensure the next generation feel represented within the sector, and people see others like them throughout all organisational structures. But it isn’t just about physical appearance, behaviours and actions are just as important. Making time to get to know people, allowing people a voice, and providing a listening ear are all just as valuable. We also need to respect that people think and act differently, and we need to give people the opportunity to share new, innovative ideas, or resolve items via different means.

I’m proud to work at Innovate UK and be part of UK Research and Innovation’s Medicines Manufacturing Challenge, surrounded by like-minded, supportive individuals, I not only have a chance to help other people – like me – find their role models and mentors, but also have the chance to become a role model myself.

I’m lucky enough to work in an organisation that is committed to supporting equality, diversity and inclusion (EDI) and as part of the Medicines Manufacturing Challenge we have formed a Medicines Manufacturing EDI community, alongside Innovate UK KTN, and other industrial members. It is important we foster EDI discussions across the sector and think bigger than just one organisation.

Role models and mentors play a vital role in encouraging and supporting a diverse workforce. As we emerge from COVID, with many new eyes on the scientific community, we have a great opportunity to inspire the next generation to join us. This is a huge responsibility but, one if we do together, could bring the most amazing change for our sector – as with more diversity, comes new and great ideas which ultimately in our world could be life-saving. 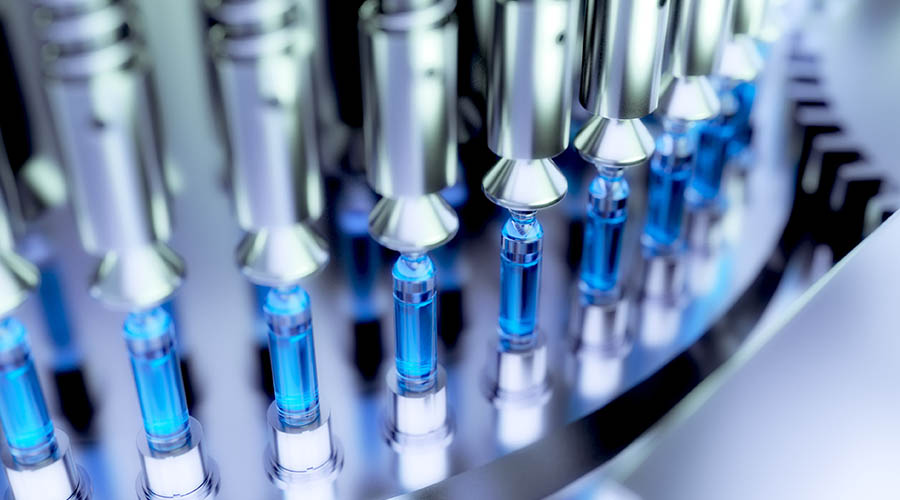 Read our latest report: Robotics and Automation within the Medicines Manufacturing community

The UK is lagging behind other countries in the widespread adoption and deployment of automation and robotics across the Medicines Manufacturing industry. Innovate UK and KTN arranged a workshop to gain insight into what gaps exist and where innovation could help resolve these issues.