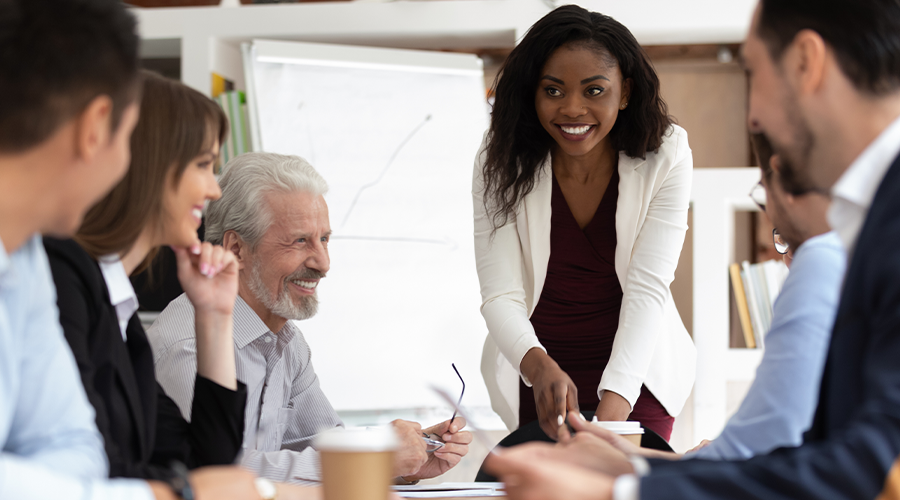 Hear from some of our inspiring partners and Advisory Group members whom we are proud to be able to showcase today on International Women's Day.

March 8 is celebrated globally as International Women’s day: a day set aside to celebrate and recognise the social, economic, cultural and political achievements of women. The event, beyond celebrating women’s achievements, also raises awareness about women’s equality and lobbies for accelerated gender parity. International Women’s Day for me is a call to action to celebrate and remember how far we as women have come and forge ahead with a collective agenda to make our world equitable for all women and girls every day. All genders must be part of this conversation and collective action. Most importantly it is about being good ancestors for generations to come.

This year’s theme is “gender equality today for a sustainable tomorrow”. I personally think that this theme is well timed and befitting because truly we won’t achieve any real progress if we don’t start ensuring a gender equal world starting from today.

Women play major roles in different sectors but you would still find that some women are underpaid at work simply because they’re women. There are still households where the education of the girl child isn’t prioritised which eventually translates to the woman belonging to a low socioeconomic class. These are just some of the problems that women face. Just some days ago, the Nigerian National Assembly threw out the Gender Bill which was designed to amend repressive Gender Clauses in the constitution. This means that women will continue to be underrepresented and their rights trampled on in our country.

The theme of this year’s IWD is especially focused on advancing gender equality in the context of the climate crisis and disaster risk reduction. It’s been recognised that Women are increasingly being recognised as more vulnerable to climate change impacts than men, as they constitute the majority of the world’s poor and are more dependent on the natural resources which climate change threatens the most. At the same time, women and girls are effective and powerful leaders and change-makers for climate adaptation and mitigation.

This just goes to show that the importance of achieving Gender equity cannot be overemphasised; if more than half of the population isn’t included, how will we ever make progress ?

So today, I encourage every one of us to contribute our quota to breaking the bias against women, in our workplace, in schools, at home and everywhere we find ourselves, to challenge gender stereotypes and bias and also help forge a gender equal world.

Global strides towards achieving gender equality have gradually witnessed an inclusion of women in occupations that were once predominantly and exclusively the domain of men, including in leadership positions and governance processes. Yet, existing gender segregation in occupation continues to perpetuate gender inequalities as patriarchy and social norms ultimately impede educational and occupational choices of women and men, thereby resulting in gender pay gaps between men and women, and hindered sustainable economic growth and development. Research has shown that sustainable development and economic growth can only be achieved by addressing the disproportionate burden of poverty on women, promoting equitable access to education and work opportunities for women, ensuring income parity, and harnessing productive opportunities for women.

The underlying factors that enable occupational segregation and gender pay gap include patriarchy which further engenders the systematic exclusion of women from educational opportunities, bias and stereotypes emanating from adverse social norms, and cultural values that relegate women.

As we commemorate International Women’s Day, I lend my voice in demanding a Nigeria that dismantles every barrier and breaks every bias that subjugate and dehumanize women as we continue to advance the gender equality agenda.

I am a woman, the one the society looks to and sees a lesser person, not because they want to, or I choose to, but because it has always been so and believed so, yet is difficult to change.

In reality, I am that woman, the strength of many nations, in whom virtue lies, the one who sees every day as one to make the world better and takes advantage of every opportunity to attain equity and equality, the one who at any point never fought or thought about achieving superiority, the one who believes that the world would only become better if chances and opportunities are without discrimination. I am indeed the woman, the one the world has always wished for, and I believe that breaking bias is a straightforward way to make the world a better place.

To that woman with so much energy, strides, and a vision of a better world, I wish you a happy international women’s day. ❤️

Women around the world face restraints on participating in leadership position, men outpacing them in roles across many sectors in the world, and this led to the choice of this year’s international women’s day theme: “Break the Bias”.

This is a call to rise to dismantle harmful norms and practices, such as gender inequality, stereotypes, violence against women in politics participation, that hinder the development and progress of women as well as their participation in leaderships and governance. We cannot continue to watch our society perpetuate bias against women.

To break the bias, a lot can be done

Early intervention: Family, is said to be the smallest unit of the society. Intervention should start from different homes, parents inculcating in their children the knowledge of equality by committing role to each gender in the family, not preferring one to the other.

Intervention of religious and traditional leaders: Religious leaders should come to the realisation that there are success stories of women in the holy book. The Israelites went to Esther for matters of justice, not discriminating that she is a woman and that she does have the right to lead them. Esther said she would rise for the deliverance of her people, knowing that her life was at stake. She took the bold step to leadership, set her people free and overcame. If leadership of women start in our various religious places, women will build up courage, leaving behind the thought that she won’t be supported or tagged “dirty game fighter”.

Support from fellow women: Women should not backstab fellow women. Let us rise to the support of our girl child in politics. Let women mobilise other women, sensitise them to get the insight for the need for women leader in the nation, vote for her and thereafter take her seat.

Sensitisation: Until the belief and idea that women are inferior to men, or women cannot take up leadership role or her voice shouldn’t be heard, is scrapped, then nothing can be done. Everyone should rise and raise the banner that more women are needed in leadership.

We want a world that is diverse, equitable, and inclusive. A world where difference is valued and celebrated.

We can break the bias in our communities, workplaces and schools. Together, we can all break the bias – on this International Women’s Day (IWD) and beyond!

Breaking the bias is more than physically challenging the stereotypical ways of doing things in our society. It also involves changing our mindsets and thoughts on how things should be.

For me, working in the environmental space where the percentage of women’s representation is still relatively low, it is disheartening to see that women are more often than not removed or excluded from decision and policy making process despite their roles in helping to achieve a sustainable world.

According to a World Bank report, women play an essential role in the management of natural resources and they give greater priority to the protection of our environment. Ironically, according to the United Nation, women are increasingly being seen as more vulnerable than men to the impact of climate change mainly because we represent the world’s poor and are proportionally more dependent on threatened natural resources.

Why then will this particular set of gender (WOMEN) be excluded from the tables created to find a workable solution that we help in achieving a sustainable future? We deserve a seat and a voice!!!  We need to break the bias NOW. The future of our society is embedded in the values we cultivate today. It is difficult for a society to progress if its ideals are founded on a culture that treats certain members of its population in an alleviative way. This means that inclusion is a fundamental principle in the modern economy if sustainable development is to be realised, and we cannot talk of inclusion without making reference to gender. Like their male counterparts, regardless of their social, cultural and economic disposition, women must be given the opportunity to realise and exploit their potential to creating lasting impacts for present and future benefits.

Inclusive innovation should not be an option but a standard practice in developing solutions for society. The Covid-19 pandemic has put a spotlight on what can go wrong when we don’t design solutions in education, healthcare and food systems; women often need to step in to fill this gap at the expense of career advancement. We can however also use this opportunity to draw from creativity and technology to drive empathetic solutions in building resilient and thriving societies for all. 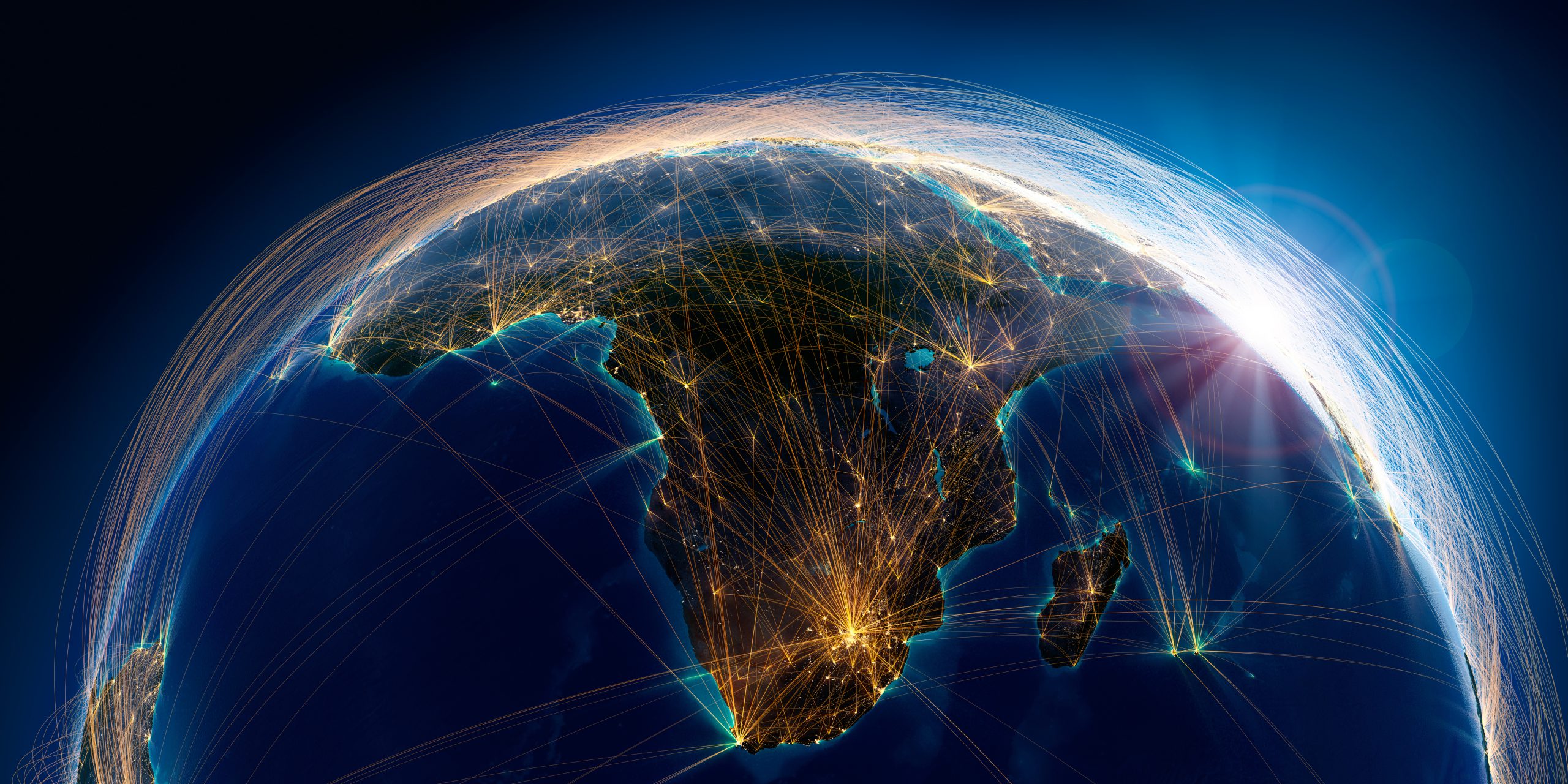