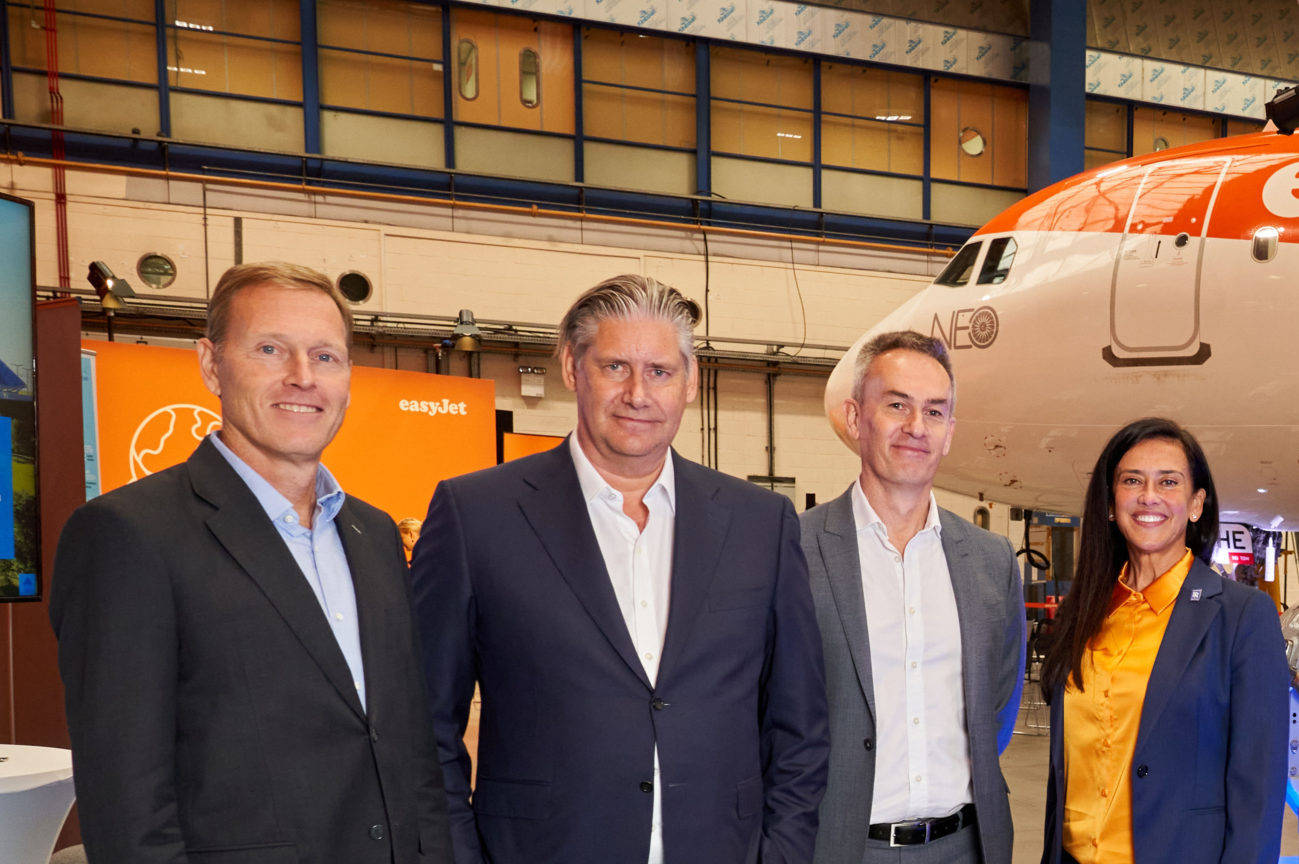 What is the easyJet Net Zero Pathway?

We have published an ambitious roadmap, outlining how easyJet can credibly achieve net zero carbon emissions by 2050. This follows our commitment to the UN-backed Race to Zero last year.

The roadmap sets out how we will be able to reduce our gross carbon emissions per passenger kilometre by 78% by 2050 (vs 2019) by using a range of measures, including zero carbon emission technologies such as hydrogen. We expect residual emissions to be addressed by carbon removal technology, delivering overall net zero. Our ultimate ambition is to achieve zero carbon emission flying on all our flights.

Alongside the transition to zero carbon emission technology, our roadmap features a combination of fleet renewal, operational efficiencies, airspace modernisation, sustainable aviation fuel and carbon removal technology. At easyJet we have long been focused on reducing our environmental impact, and since 2000 have already reduced our carbon emissions per passenger, per kilometre by one-third.

easyJet’s net zero roadmap is aligned with the Science-Based Targets initiative (SBTi)’s pathway for aviation and we were the first low-cost carrier worldwide to announce that our interim target of a 35% carbon emissions intensity reduction by 2035 has been validated by the SBTi. Our roadmap is based on today’s knowledge and technological outlook, over time individual elements may need to be adjusted and scaled up or down, in line with future developments.

easyJet is committed to playing its part and taking a leadership role in decarbonising the industry. We have published an ambitious decarbonisation pathway and are making significant investments into this: a multi-million-pound investment into our partnership with Rolls-Royce to support the development of hydrogen combustion engine technology, including for narrowbody aircraft, and the purchase option of future carbon removal credits through our partnership with Airbus. This comes in addition to our ongoing fleet renewal to replace older aircraft with at least 15% more fuel-efficient Airbus NEO aircraft, which has a list price investment of $21bn, as well as a multi-million-pound short-term investment to achieve further operational efficiencies across our fleet.

However, systemic change to an entire industry is beyond the hands of any individual company and requires government support. This includes supporting the development of hydrogen supply and infrastructure at airports, and the development of a regulatory framework which incentivises aircraft manufacturers to produce hydrogen aircraft and airlines to adopt the technology – creating an enhanced business case for zero carbon emission flight. Financial incentives will be required to fund the transition to and scaling up of zero carbon emission technology and guarantee a level playing field. In the short-term, airspace modernisation is also key to help all airlines achieve significant carbon emission reductions.

Taxation is an area of government policy that could do much more to incentivise efficiency and a drive to net zero for aviation. Under the current system where APD is paid per passenger, easyJet would pay the same tax bill even if it flew a zero-emissions aircraft. This means taxation is creating no incentive to adopt cleaner technologies. It does not increase the speed of transition for the whole industry, eroding the incentives to switch away from hydrocarbon-based propulsion. Taxation is a very significant cost for the industry and therefore a powerful lever at the government’s disposal. We believe APD should be reformed so that all tax costs reflect emissions, and all flights are taxed.

How important is airspace modernisation to this work? What kind of changes do you anticipate happening in the coming years?

Airspace modernisation is crucial for the entire industry as it has the largest potential to achieve carbon reductions right now. Fully efficient airspace would deliver 15% carbon emissions savings for easyJet, and this technology is available right now. So, it is very frustrating that rapid progress is not being made in this area.

easyJet is working with stakeholders and public authorities to advocate for the modernisation of airspace, including projects such as the Single European Sky and the UK’s airspace modernisation programme. For example, easyJet has been announced as the first airline evaluation partner for Iris, a ground-breaking air traffic communications system, led by Inmarsat, the global leader in satellite communications, together with the European Space Agency and Airbus, paving the way for more efficient air traffic management. It’s clear that national interests have caused delays to the Single European Sky since it was first proposed, but we are increasingly confident that agreement can be found.

In the UK, we need to see much quicker progress on the airspace redesign plans that are in place. These important initiatives are necessary for a more environmentally-optimised and efficient air traffic management system.

What other organisations have you worked with in creating this Pathway? Did you learn anything from them in doing so?

Decarbonising aviation is a collective effort. We have developed our roadmap in close collaboration with external partners and third-party stakeholders and our teams in-house have looked in detail at internal forecasting, technology developments, operations and infrastructure, and developed a number of different scenarios. We then formulated our current roadmap as the most ambitious and most effective way to truly decarbonise by 2050.

The roadmap has been stress-tested with key partners and external experts to ensure it is achievable, these included UK and EU government stakeholders, NGO representatives and industry colleagues including Airbus, Rolls-Royce, Bristol Airport, ITM Power, Ørsted, Carbon Engineering, Inmarsat, Hydrogen South West, Cranfield Aerospace Solutions and Reaction Engines. Once again, we would like to thank everyone involved for their valuable input and constructive feedback!

The Pathway shows the importance of using both SAF and zero emissions fuel such as hydrogen to reach your targets. What is easyJet’s role in supporting and encouraging those nascent industries in the UK?

We think the UK has the potential to be a world leader in hydrogen technology, attracting investment and supporting jobs.

For easyJet, zero carbon emission fuel such as hydrogen is expected to play a key role in our roadmap and we are working with partners across the industry, including Airbus, Rolls-Royce, GKN Aerospace, Cranfield Aerospace Solutions and Wright Electric, on several dedicated projects to accelerate the development of zero carbon emission aircraft technology. This is a cross-industry effort and as a significant European airline, easyJet not only provides the airline and customer perspective to its partners but also demonstrates to aircraft manufacturers that there is airline demand for zero carbon emission aircraft.

Together with Rolls-Royce, we are pioneering the development of hydrogen combustion engine technology, capable among others of powering an easyJet sized aircraft in the future, and we’re thrilled to announce that our partnership has just achieved a world first – by successfully running a modern aero engine on hydrogen. Hydrogen has zero carbon emissions, and when we speak about “easyJet-size aircraft”, this means we are addressing the narrowbody aircraft segment, which is absolute key to achieving decarbonisation at scale.

We were also the first airline to support Airbus’ ZEROe programme and recently signed a letter of intent with Airbus to support the development of carbon removal technology. This technology captures carbon dioxide directly from the atmosphere and then securely stores it underground. We’re one of the first airlines across the globe to support this promising nascent technology which is recognised by climate scientists as crucial to achieving net zero targets.

It is also important that the UK develops its capacity to manufacture SAFs. We have contracted all SAF volumes reflected in our roadmap for the next five years to support this objective. easyJet will use SAF as required, until our fleet has been transitioned to zero carbon emission aircraft. This will help us achieve material lifecycle carbon emissions reductions in comparison to kerosene. Last year, easyJet was the first airline to operate flights out of Gatwick Airport using a mixture of SAF (30% of the blend) and Jet A-1, supplied by Q8Aviation.

Why is it important for an airline to do a Pathway such as this?

We are committed to achieving net zero. easyJet has signed up to Race to Zero last year, and as part of that we committed to publish a net zero roadmap and set an interim Science-Based Target.

As a company, we need to have a plan and know what is required to get us to net zero by 2050. Only by producing our roadmap do we know what actions we need to take and what investments we need to make, as well as where we need to work with others, including crucially our technology partners and governments, to get us there.

And finally, from 2023, UK financial firms and listed companies will be required to publish plans to reach net zero by 2050 as well as high-level targets and milestones to get there, as announced by the UK government at COP26.

Why are easyJet a member of the Jet Zero Council? What benefits do you see from it?

We at easyJet are proud to be members of the Jet Zero Council and I am delighted to see how easyJet colleagues help support the work of the Council through its various working groups. We believe that radical action to address aviation’s impact on climate change is needed and so we are supporting the introduction of new technologies in collaboration with the Jet Zero Council.

Joining the Council was therefore a natural step for us, given our focus on zero carbon emission technologies to decarbonise short-haul aviation, such as hydrogen. Additionally, it’s great to see senior Ministerial support and global leadership through the Council, which led to the Jet Zero Strategy launched last summer. 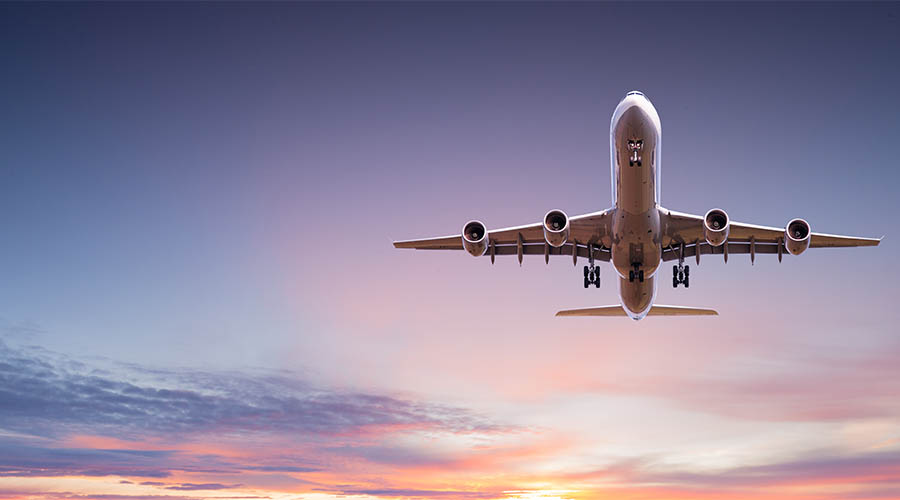 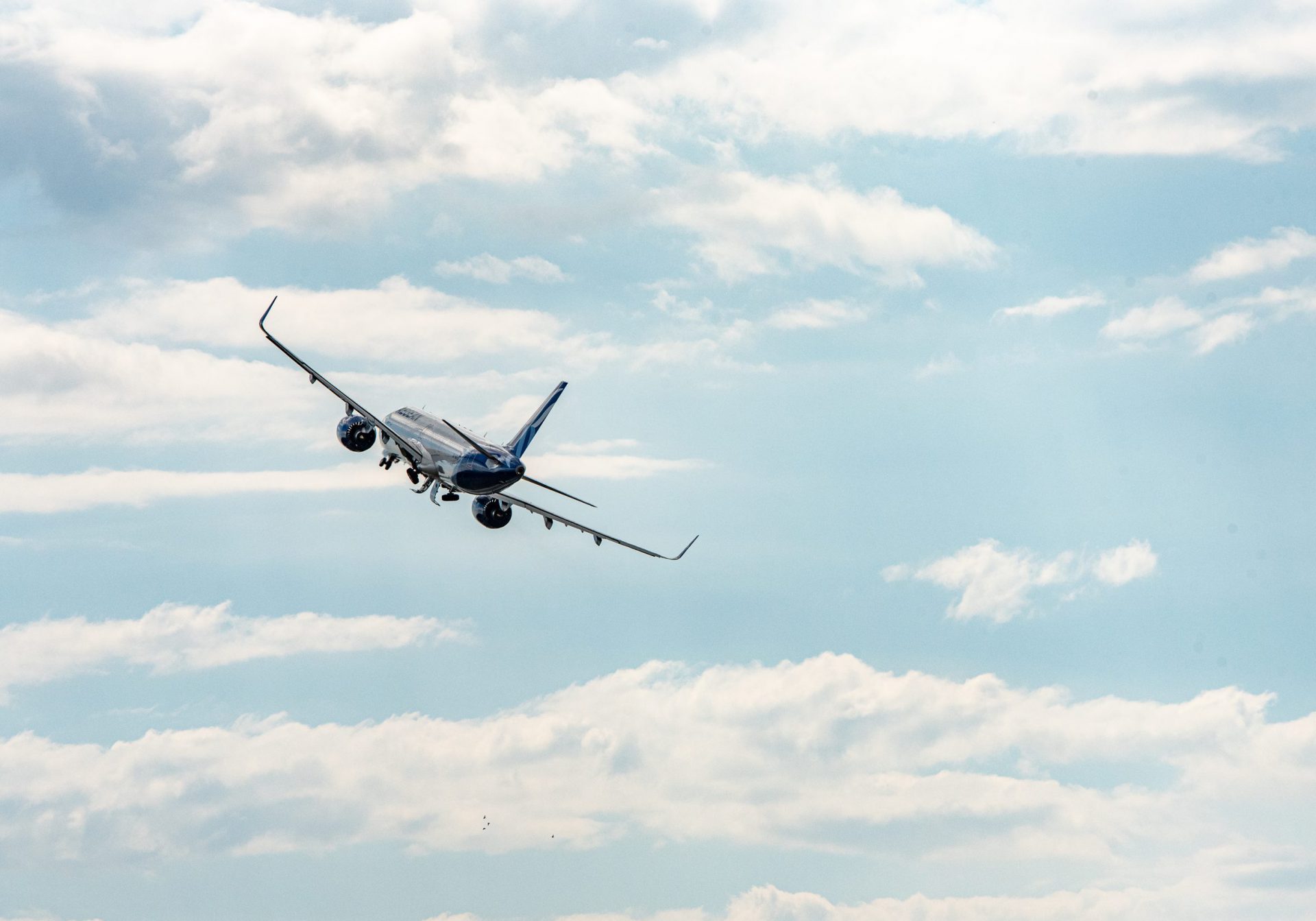 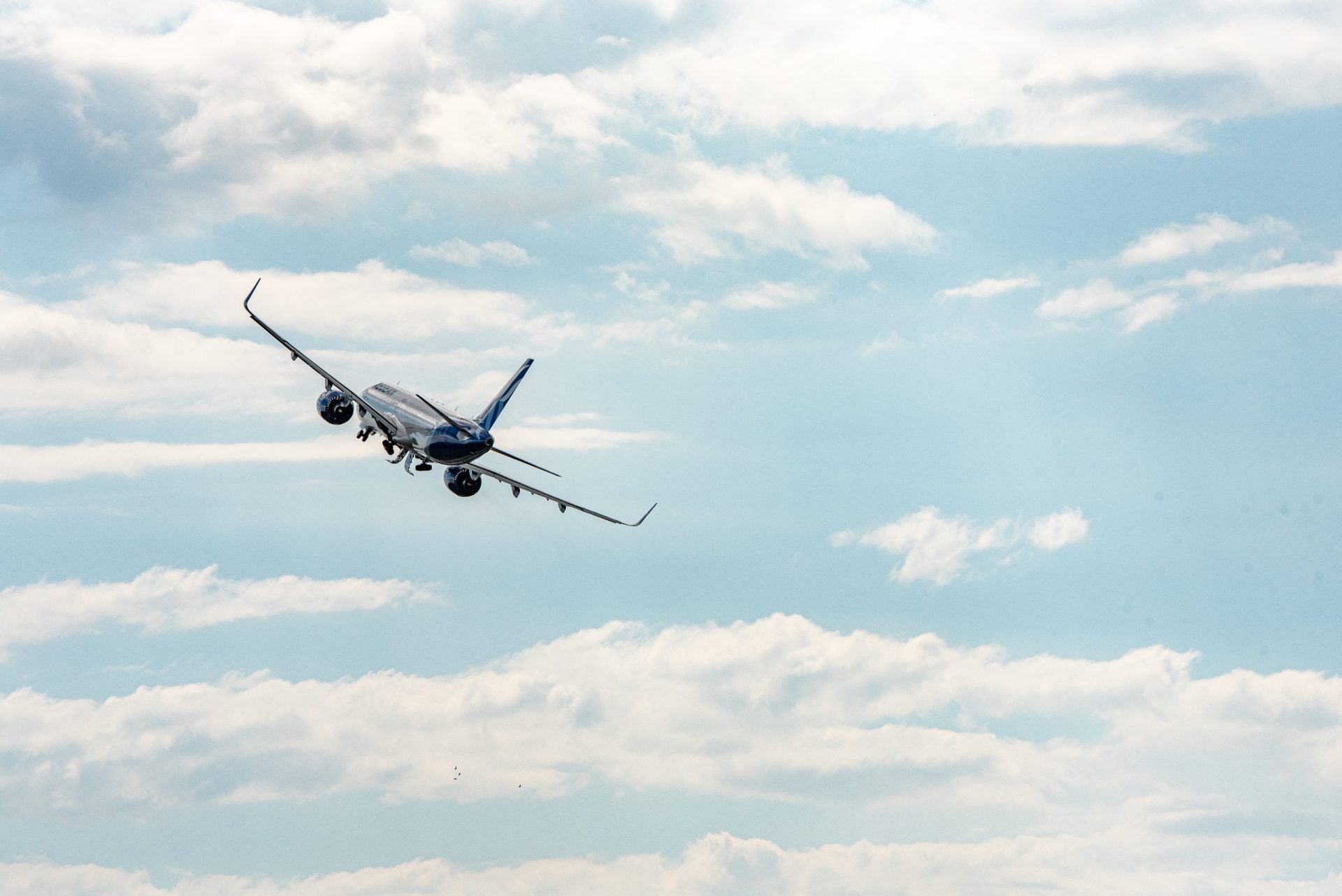 Collaboration is essential to building the UK’s SAF supply chain. Our expert team at Innovate UK KTN can help you find the right connections and resources to help you develop and commercialise your Sustainable Aviation Fuel project.

Innovate UK KTN is pivotal to the work currently undergoing to establish a Sustainable Aviation Fuel industry in the UK. As the industry seeks to reach the mandate of 10% SAF by 2030, investment into producers, feedstock, and technologies across the value chain will be critical to reaching this target.